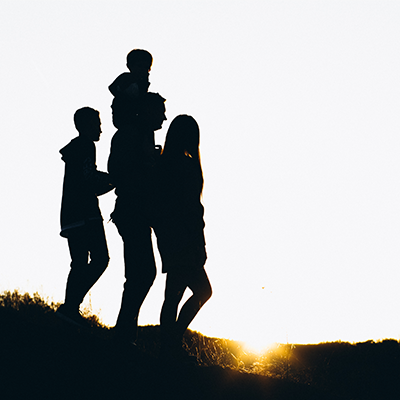 Diabetes: A Mum and Dad's Story

Meet Anthony and Megan – also affectionately known as Mum and Dad to their two sons.

Christian, was diagnosed at age 14 with type 1 diabetes. With the support of his family, healthcare team and Dexcom Continuous Glucose Monitoring (CGM), he hasn’t let this slow him down on or off the racetrack! Here, we heard from Christian’s parents, Anthony and Megan, about his journey with diabetes, the support he has received along the way and where he is at now with his racing. 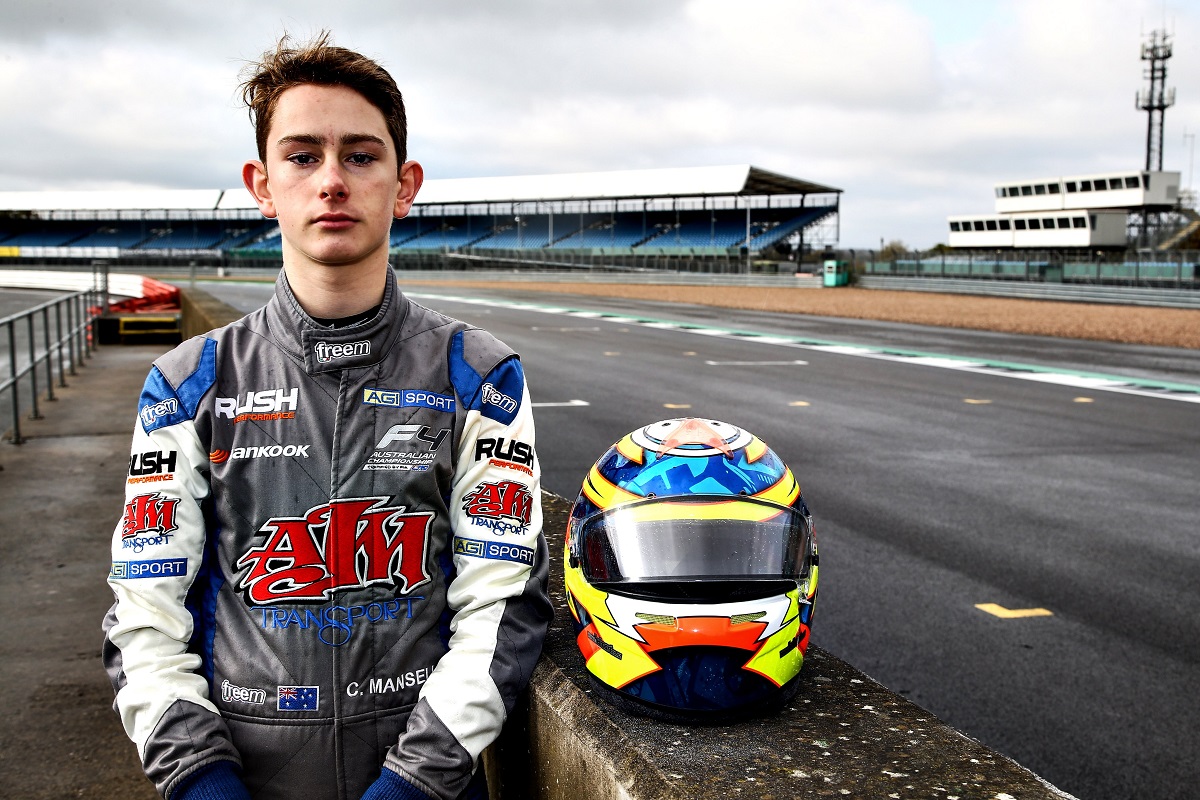 "After the initial shock of it all, you soon realise that this is a big game changer, but it is manageable."

Q: Can you tell us about your family’s journey with diabetes?

As parents I think it’s unanimous, all we can ever ask for is healthy children.

We were fortunate to have two healthy boys and in our eyes, we still do. However, we first became concerned about Christian a few days before being diagnosed. He was drinking, eating and going to the toilet like it was going out of fashion but all the while losing weight. We took him to the hospital and before we had even finished being triaged, a nurse took him and checked his blood glucose level where the test showed a reading of 28mmol/L.

After the initial shock of it all, you soon realise that this is a big game changer, but it is manageable. For our family, Christian played a big part in how we, as a family, pulled ourselves together and worked toward a ‘new normal’.

Day two after being diagnosed and having spent nearly 30 hours in emergency, I took Christian for a shower, he walked out, still very slow and said “Dad, this is just a new challenge and let’s go and smash it.” I kid you not! What choice did we have? For a 14 year-old boy to have his world change overnight; going from having the freedom of being able to be spontaneous and be able to do and eat whatever you want when you want, to then have that taken from you. His attitude and acceptance of having type 1 diabetes has played a massive part for all of us as a family, in keeping him healthy, not only in his body but mind as well.

Very soon after diagnosis, we were introduced to Dexcom CGM through the diabetes educators at John Hunter Hospital. Being so quick and given that your head is already full of carb counting and insulin injections, we really didn’t know too much about it.

The educators went through the process of the sensor insertion…which was initially met with a lot of resistance! Given that prior to diagnosis he had a phobia of needles, he was now injecting himself 4 times a day and now, he had to have something else jabbed in him. He wasn’t happy.

The ladies explained the upside of having Dexcom: not as many fingerpricks, not having to be woken at 11pm and 3am to test blood glucose levels, being able to see how your tracking at school or out with your friends. With that, Christian agreed reluctantly. He did admit that it didn’t hurt but it was more the thought of it.

From there, Christian has taken to it right from the start. Now, using Dexcom G6, has given Christian the confidence to get in the car and race at speeds of up to 200 km/hr. The team were able to secure his phone to the inside of the car, so Christian can simply glance to see his levels. 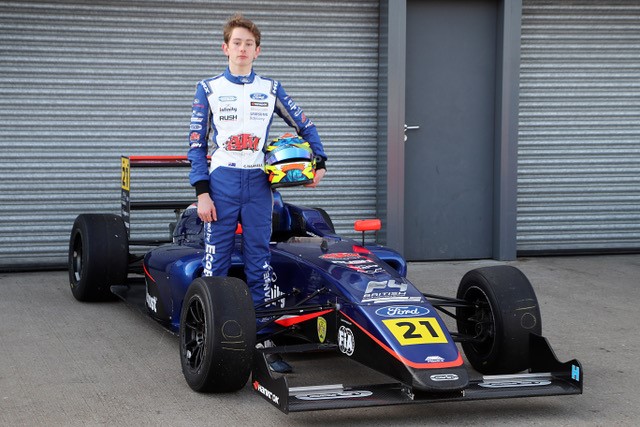 Christian has competed internationally since he was about 11 years old.

Having the Follow App also gave us peace of mind as well, especially in the beginning. Being able to track him, whether it be at school or when he is racing, is very comforting as a parent. Being able to sleep through the night and not worrying if his blood glucose levels are going to go too low or too high is a game changer. It has certainly reduced a lot of the angst out of our everyday life.

I think having Dexcom and being able to access it early on in his diagnosis has been instrumental for him to get on with it. He was obviously worried when he returned to school about how the kids would treat him and he was very self-conscious, but when he got Dexcom, his mates all wanted to know how it worked and why it would alarm. He now wears his Dexcom G6 with pride…it’s part of him and it plays a big part of him, being just like every other 16 year-old.

Editor note:  Christian’s parents, Anthony and Megan, wanted to share their story as Anthony pointed out the ‘more we live with type 1 diabetes, the more it becomes necessary to have support not only from others living with type 1 diabetes and their family members, but also organisations that can really provide extra support to get that positive message out there.’ A few years ago, Christian signed with the Carlin Racing Team in the UK, where he has since competed in the British Formula 4 Championship. He is the youngest driver to debut to date.

This testimonial relates to an individual’s response to treatment with our products and has been edited to ensure it is consistent with the products’ indication(s). The testimonial does not provide any indication, guide, warranty or guarantee as to the response other persons may have to the treatment. Responses to treatment with our products may differ. It is important to consider individual circumstances and consult with your healthcare professional before considering any changes to your diabetes management.

Dexcom, Dexcom G6 and Dexcom Share are registered trademarks of Dexcom, Inc. in the United States and/or other countries.

“Being able to sleep through the night and not worrying if his blood glucose levels are going to go too low or too high is a game changer. It has certainly reduced a lot of the angst out of our everyday life.”

Diabetes: A Mum and Dad's Story 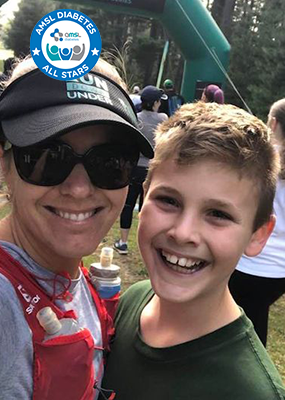 Advocating with Ethan and Kylie

Read more about Ethan's journey with type 1 diabetes from age 4, what diabetes technology he uses to manage his glucose levels and how he, and his mother, Kylie, stand up for the type 1 diabetes community on a range of issues! 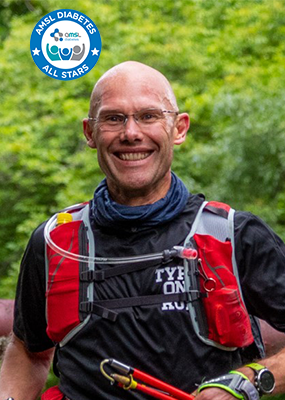 Pete loves the fresh air and scenery that trail running offers him, and he relies on Dexcom G6 to manage his glucose levels whilst running as it gives him "immediate information and data that can inform decision-making." Pete talks about how to get started with trail running and how Dexcom G6 has assisted him when out and about. 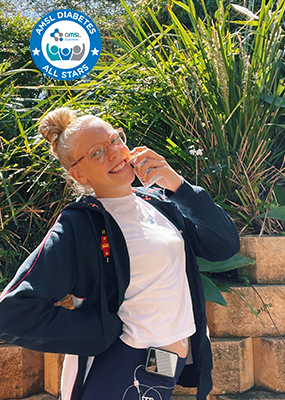 Diagnosed with type 1 diabetes at a young age hasn't stopped Issy from living her best life! With her passion for all things sports and positive attitude Issy is able to stay on top of her diabetes and help educate friends as well.