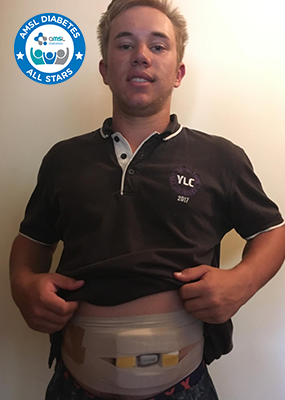 Charlie is a 18-year-old sports enthusiast who has lived with type 1 diabetes since he was 10 years old. Charlie, who just recently finished year 12, lives in Cummins, a small town north of Port Lincoln in South Australia. Charlie actively participates in his town’s cricket and football teams and is generally heavily involved in sports.

Charlie tells us about his experience with Dexcom G5 Mobile CGM

“In October 2017, I turned 18 and the struggles with type 1 were a day to day issue. About 8 months ago I was lucky enough to hear about the Australian government’s fully subsidised CGM products.” Charlie decided to go with the Dexcom G5 Mobile and hasn’t looked back since.

“Our first wake up call was the first night after having the device attached to myself.” Charlie’s dad would normally wake up around 2:30 in the morning to check his blood glucose levels, but that night they were made aware that his lows had been happening much earlier. “The alarm on my phone went off at 12:30 am, waking up the whole family to let us know that I was a 3.6! I would hate to think how many hypos I must’ve missed since I’ve been diagnosed.”

Charlie goes on to describe how other aspects of his life have now become easier too, since getting onto Dexcom G5 Mobile. “With little things such as driving a car, I can now check my phone first and with one swipe I’ll know what my glucose reading is. Beforehand, I’d constantly need to be pricking my finger.”

“With my final exams at school, I was able to see where my glucose levels were at the beginning, then hand my phone to the teachers who would monitor my levels throughout, allowing me to remain focused on my exams.”

Charlie wearing his padded up Dexcom G5 Mobile Transmitter before a match, in an effort to protect it from tackles and collisions.

Editor’s Note: Through the Dexcom G5 Follow App, his parents are now also able to stay informed about his glucose levels when he is away from home. This has proven vital to their reassurance on multiple occasions, allowing them to act as a second line of defence when Charlie is busy or away from his phone and unable to hear his alarms.

This testimonial relates to an individual’s response to treatment with our products and has been edited to ensure it is consistent with the products’ indication(s). The testimonial does not provide any indication, guide, warranty or guarantee as to the response other persons may have to the treatment. Responses to treatment with our products may differ. It is important to consider individual circumstances and consult with your healthcare professional before considering any changes to your diabetes management. Charlie is an AMSL Diabetes All-Star.

Dexcom, Dexcom G5 Mobile and Dexcom Follow are registered trademarks of Dexcom, Inc. in the United States and/or other countries.

Through the Dexcom G5 Follow App, his parents are now also able to stay informed about his glucose levels when he is away from home. This has proven vital to their reassurance on multiple occasions, allowing them to act as a second line of defence when Charlie is busy, or away from his phone, and unable to hear his alarms. 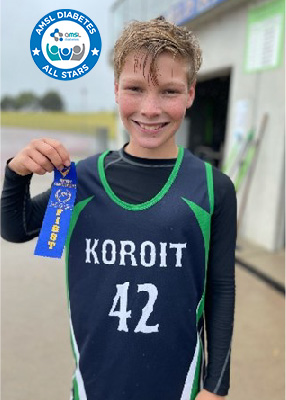 Our Family's experience with Type 1 Diabetes

Whether it's Aussie rules or cricket, Mitch loves playing sport! Mitch was diagnosed with type 1 diabetes when he was just 15 months old. In this story, we spoke to Mitch and his mum Alicia, about Mitch's experience with T1D and how he manages his glucose levels when at home or away, and what support networks they have in place to assist their families journey with diabetes. 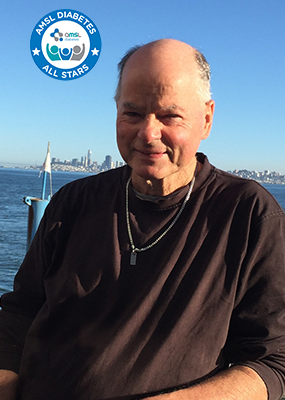 From swimming laps in the pool to darting around on the tennis court and even playing piano from time to time, Tim enjoys keeping active! Tim has also lived with type 1 diabetes since 1964! In this story, he speaks about his journey with diabetes and how advancements in diabetes technology have impacted his quality of life over the years. 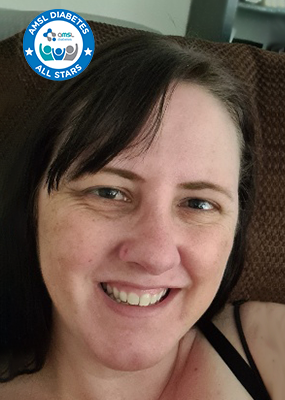 We spoke to Natalie, who joined our Dexcom G6 family in 2020, about her experience so far and how Dexcom G6 works for her day-to-day, from the convenience of zero fingerpricks* to the peace of mind she receives from Dexcom G6 alerts and alarms.